Inspired by small fillers from the daily newspapers in which a few short sentences describe dramatic and horrible scenarios, BBB Johannes Deimling has worked out a cycle of acted images: "BLANC"; Since 2000 he realizes different images based on the similar moment of speechlessness;
BLANC is a cycle of acted images (= images created with the medium of Performance art) that focus the moments right after an accident, a crash, a personal drama at home or a terrorist attack; These moments of no return, in which one is incapable to act or to react, when one is speechless and helpless extradited to be frozen or paused for a little while; Time stands still, the scene appears Silent and peaceful;
Flour covers people and objects, like snow or dust; The Flour connects to the ordinariness; the white situation turns out the horror, the silence, the faint and the speechlessness; In this moment of silence it seems that one can hear a scream without any voice

Situation: Man had an accident with his bike 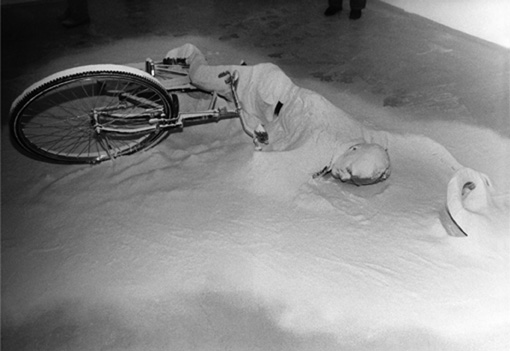 people are laying on the floor without moving; Different objects like a hat, a bag with buns, a newspaper, a bike, a ladder etc are spread all around; The “image” describes a situation of destruction; Everything is covered with several kilograms of flour; This image lasts for over 45 minutes; After this time everyone gets up very slowly, take their objects, and leave the place

Situation: Man was falling off a ladder 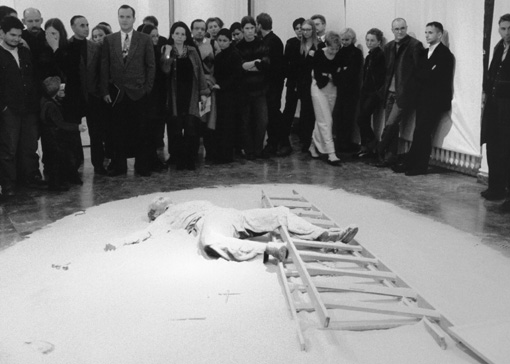 Situation: man killed his wife and his child in their home 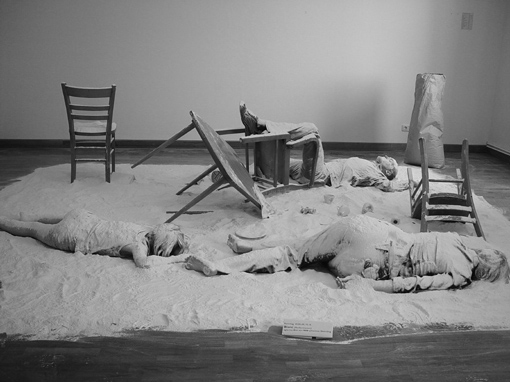 all images in the slideshow below 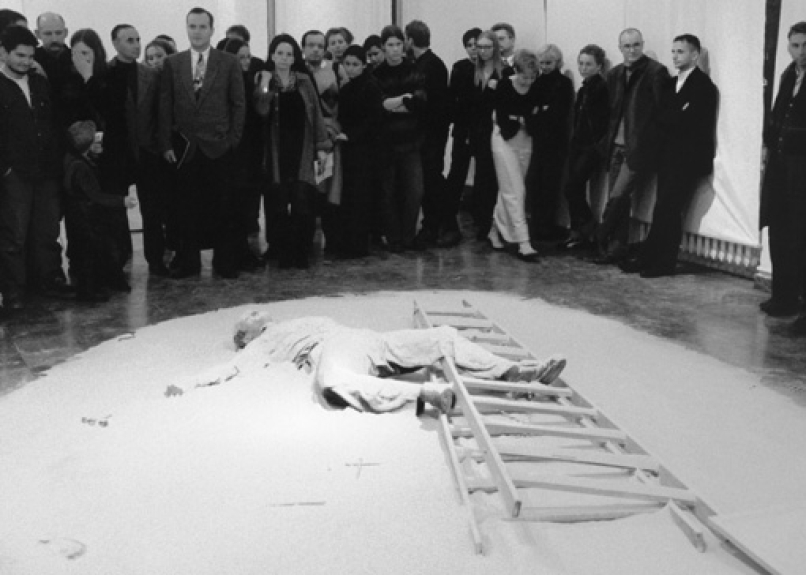